Conservatory or Orangery? Find Out the Difference, Benefits and Costs

Some links on this page may lead to us receiving a small commission at no additional charge to you. Read More

Conservatory or Orangery! How are you supposed to decide?

You’ve almost definitely have heard lots about conservatories, but you may not have heard the word orangery. If you have heard of both of them then you may be a little confused as to what the difference is.

To the untrained eye, a conservatory and an orangery look exactly the same. When conservatories and orangeries first became popular it was very obvious what the difference was, but now it can be hard to tell the two apart.

What is a Conservatory?

What is an Orangery?

An orangery is incredibly similar to a conservatory as it is a home extension built in much the same way. However for it to be defined as an orangery, glass panels must cover less than 75% of the roof and glass walls which cover less than 50% of the walls.

So overall a conservatory is made of far more glass, sometimes completely, whereas it is not uncommon to see an orangery which is less than 50% glass. Traditionally orangeries were used in grand manor houses to grow orange trees – hence the name.

Having brick walls sheltered the trees and protected them, but the glass kept the temperature warm enough that the oranges would grow well. Nowadays orange trees aren’t generally grown indoors, and we don’t usually grow them at home. Orangeries are still quite popular though, though usually on smaller homes.

So what’s the difference?

Orangeries are generally far sturdier than conservatories. Their solid roofs are often far more well-structured and they are often built with a lantern or flat roof to improve durability. Some orangeries even have an internal pelmet around the perimeter of the ceiling in order to keep it strong. Most orangeries usually have pillars which are made from brick, to add stability and to make it look grander. Both create extra living spaces and can add real value to an existing property.

Traditional conservatories are generally made out of far more glass roofs or polycarbonate panels. Factor in that the conservatory roof needs cleaning which is extra time and expense.

The aim of a conservatory is to bring the outside in and give people a space to enjoy their garden from the comfort of the inside. Although originally designed to be less grand and far more functional than an orangery, today’s conservatories can be just as luxurious with casement windows and roof lanterns.

If you’re unsure of the difference still, just know that today’s orangery and conservatory companies are happy to build an orangery that looks like a conservatory and vice versa. So no worries about having to decide between one or the other.

Benefits of an Orangery

If you’re thinking about getting an orangery, then you should consider the benefits;

Are orangeries warmer than conservatories?

Thanks to today’s technology, conservatories are no longer freezing like they used to be. However, there is only so much heat they can keep in, simply because they are made from glass. You can also get energy efficient glass which has a number of benefits to it.

Are orangeries cooler than conservatories?

As mentioned above, orangeries have the added bonus of having brick walls which can be insulated, unlike a conservatory. Because of this, during the summer months, the heat doesn’t stay trapped inside. The warm air from outside won’t permeate your orangery thanks to the insulation.

Orangeries are generally cooler than conservatories for another reason – the glass. Because a conservatory is made from the majority of glass, it can act as a giant magnifying glass for the sun. So you can really warm up on hot days, meaning you aren’t always using it when you want to be.

However, with an orangery design, you can enjoy the room even on the hottest day, because there isn’t as much glass. You still benefit from having an open and lightroom, but the sun won’t shine down on you all day as it would with a conservatory.

The cost is one of the most important factors when it comes to deciding whether to get an orangery or conservatory. Obviously, different features and different materials will ultimately change how much you end up paying for either a conservatory or an orangery.

Some people prefer to spend money on luxurious flush casement windows, whilst others prefer french or bi-folding doors. You can go for a budget version or you can opt for more high-end materials and features which will drive the price up.

The biggest factors in price;

This isn’t an exhaustive list, but it’s just to give you a rough idea of what will influence the price.

Cost Difference between orangery and conservatory?

Although there is no one number fits all for extensions, we can give you a rough estimate of how much does the average conservatory cost or what an orangery will cost.

For an average-sized orangery (16m²) you will be looking around £30,000 to £35,000. This is a fully finished price, including electrics, plastering and all the other bits to make it a finished product.

A fitted conservatory can cost anywhere from £6,000 to £20,000 all depending on the above factors. There are more options when building a conservatory, meaning that you can choose for cheaper alternatives.

There is no doubt that both orangery or conservatory options have their benefits. It all depends on what you want a glazed extension for, what it’s going to be used for, and how much money you have to spend. Conservatory designs are generally cheaper, easier to build and have more options available. But orangeries are generally better at maintaining a nicer temperature, and can be used for more things and are often just more luxurious than a conservatory.

If you’re still unsure about what home improvements to make then you can always speak to a local expert who will be more than happy to help. They can advise you on what’s best for your needs, budget and what will suit your house more.

For lots more on conservatoires then it’s here. 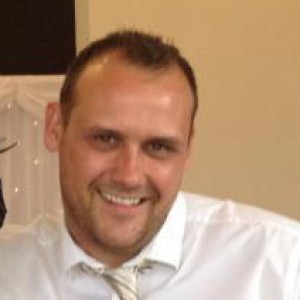 Hello Hello, thanks for stopping by, John here and am the guy behind Easier House. Hopefully by now you’ve had a chance to look around the site and i am really hoping your enjoying it thus far! If like me you a bit fanatical about your house then you’ll find some quality bits and pieces on this site.
About Us

As an Amazon Associate, I earn from qualifying purchases.